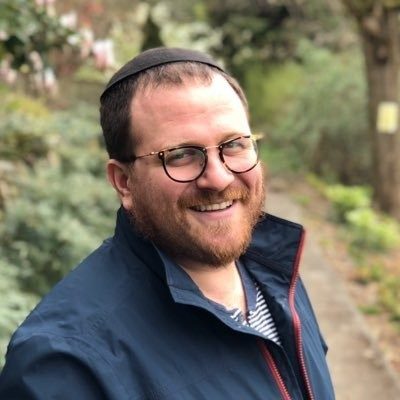 Welcome To Hatch. A project ten years in the making.

Nine years of exploration. One year of implementation.

Let me take you back.

It was 2013, and I was sitting in a small corner cafe in Brooklyn. I’d spent the last year+ at the first start-up experience of my career. But as our runway fizzled, and our ambassador program road trips to college campuses across America didn’t glean its intended results of: “Just go and get sign ups!”, the plug was pulled. There was even talk of selling the CEO’s silver candelabra he got as a wedding present. Suffice to say that he chose to stay married rather than another month of the grinding hell we all endured.

So there I was, sipping coffee and doing what all unemployed youngsters do. Swiping through social media.

I happened upon a blog written by a start-up about to launch into private-beta. It was called charidy.com. I followed the trail, fell in love with the mission, jumped on board, and spent the next 7 years at the helm of what really became a movement in charitable giving.

What’s unique about Charidy is that it provides a hands-on, intimate coaching experience with nonprofits. I got to be with them at their most vulnerable, but, also, at their most successful times. We spent months planning their crowdfunding campaigns―from technology to marketing to donor cultivation. And everything in between! At the end, we laughed and cried and celebrated together when they finally hit their goals. Thousands of times.

This experience afforded me a front row seat to a critical factor that was lacking. Over and over again, this one problem kept coming up. No matter which organization I worked with.

Nonprofits are still spending the majority of their time on just a small subset of their donorbase.

Fundraisers spend the majority of their time cultivating relationships with just a few select people. As fundraisers, these were the people they knew in real life, as opposed to the rest of their donor community, who were just names on a list. These also tended to be the organization’s major givers. So it was natural for them to invest the extra time and effort to secure greater funding.

It wasn’t only a fundraiser problem.

Marketing teams also lacked key information about the rest of their donor base. As a result, they missed out on effective targeting practices. Instead, they sent every communication to every donor on their list. And it was accruing unsubscribes en masse.

I saw organizations sitting on a huge database they didn’t know how to target or monetize. It was a widespread, recurring theme in every campaign I worked on during those 7 years at Charidy. Within these datasets, there was no doubt people, who may have donated $15 in the past, but had the potential of giving them $150,000. People, who once came to an event, but who are influencers with thousands of followers and could help with marketing and growing the organization.

So the answer for any decent size nonprofit is not to open up the Forbes 500 and find the richest person, or buy massive lists. The answer is to actually monetize the people who are sitting there right under your nose!

So over the years this nagging question kept creeping into my mind: What if there was a tool that would clearly SHOW you who your donors are and what’s important to them?

A tool that could understand and predict what makes the people already in your community “tick, click and give”?

So (with the help of a few people much smarter than me) we decided to build it!

Hatch isn’t about finding new donors or even making existing donors more interested in you. Hatch gives you the information you need to connect and excite your entire donor base – rich or otherwise – with philanthropic opportunities they care about.

Hatch uses licensed, publicly sourced data to curate information in the most effective and ethical way. We create complete human profiles for a large portion of an organization’s database. This encompasses everything from the person’s location, age, career, social influence, giving capacity, and the causes they care about most. It also provides insight into the types of interests they have, such as endurance sports or cooking, which would help an organization tailor peer-to-peer challenges to best suit their lifestyle.

With Hatch, we also generate algorithmic scoring. This is a donor ranking system for nonprofits to identify the most influential people in their donor base. The system ranks individuals based on a combination of wealth and social network, making it easier to find the ones who can really propel a cause into new territory.

And there is still so much more to come. If Hatch’s full product line were a marathon, we’re only at the one mile mark of what our machine learning, data enrichment, and predictive modeling―what we call Altruistic Intelligence™―will do for nonprofits. Expect a whole new suite of tools at your fingertips.

I am highly aware that none of this would be possible without the amazing team that’s brought us here. We’re small but mighty. And I’d like to extend my deepest thanks to them. The investors who believed in us, the advisors who’ve guided us, and, ultimately, the organizations in our beta cohort who’ve placed their trust in the process and are already reaping results.

To everyone joining the next chapter of our journey, welcome!

As founder and CEO of Hatch, Moshe is Dedicated to advancing philanthropy through the use of technology. His articles on the future of giving have been published in Forbes, Guidestar, Nonprofit Pro, Nonprofit Quarterly, and eJewishPhilanthropy. Moshe is also an aspiring triathlete and marathoner and is often racing and raising funds from his friends and colleagues for his favorite charities. (You’ve been warned;))